Talking Rocks and Trees
None of the men over 20 years old who left Egypt will see the land that I swore to Abraham, to Isaac and to Jacob since they did not follow me wholeheartedly.  The only exceptions will be Calev son of Yefuneh, the independent one, and Joshua son of Nun. (Numbers 32:11-12)  אם יראו האנשים העלים ממצרים מבן עשרים שנה ומעלה את האדמה אשר נשבעתי לאברהם ליצחק וליעקב כי לא מלאו אחרי בלתי כלב בן יפנה הקנזי ויהושע בן נון
God said, "The only exception will be My servant Calev, since he showed a different spirit and followed Me wholeheartedly.  I will bring him to the land that he explored, and his descendants will possess it." (Numbers 14:24)  ועבדי כלב עקב היתה רוח אחרת עמו וימלא אחרי והביאתיו אל הארץ אשר בה שמה וזרעו יורשנה 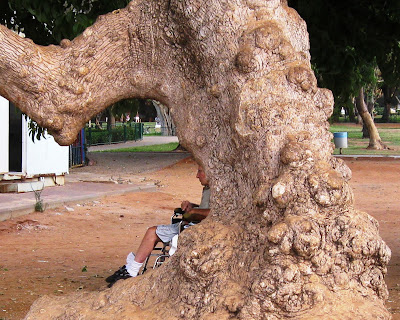 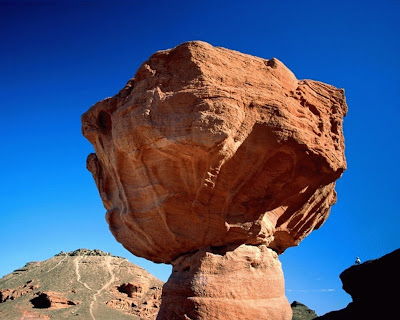 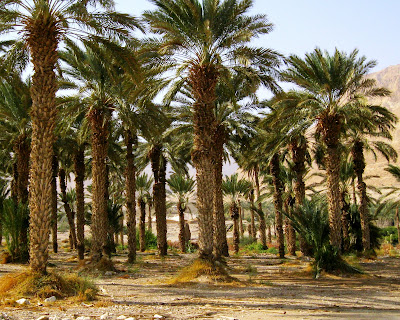 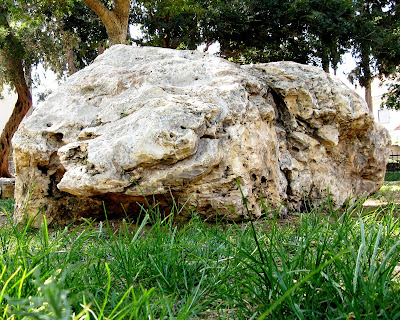 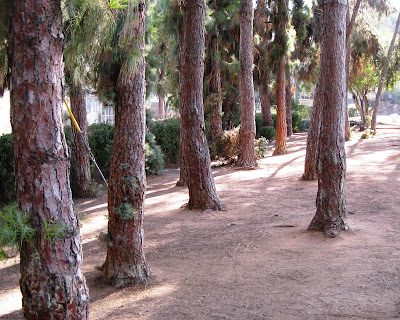 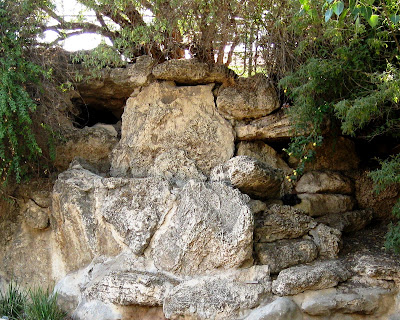 Calev's different spirit and independent thought is sorely needed by Calev's descendants who have resettled the Land of Israel in our day.
Only Calev could see that a peaceful future would be realized by Joshua leading an army to defeat the enemies of the Children of Israel.
3,500 years after the Israelites settled in Judea and Samaria on the west bank of the Jordan River, Israel faces an enemy there.
During the week we read Mattot, we remember on the 17th day of Tamuz the Roman siege of Jerusalem 1,941 years ago ending in ruin and exile.
As we mourn this loss, a face-to-face survey of Arab adults in Judea, Samaria and Gaza revealed the depth of their hatred of Jews. (Conducted with the Palestinian Center for Public Opinion)
When given a quote from the Hamas charter of the need for Arab and Islamic battalions to defeat the Jews and annihilate Israel, 80% agreed.
73% agreed with the Hamas charter: “Israel, by virtue of its being Jewish and of having a Jewish population, defies Islam and the Muslims.... Muslims will fight the Jews and kill them; until the Jews hide behind rocks and trees, which will cry: O Muslim! There is a Jew hiding behind me, come on and kill him…. I will assault and kill, assault and kill, assault and kill.”
66% said that their real goal should be to start with a 2-state solution as a steppingstone to conquering all of Israel.
92% would not agree to Jerusalem remaining the capital of Israel.  72% denied the thousands of years of Jewish history in Jerusalem.
What are we to do when the majority of our "Peace Partners" are in favor of teaching songs about hating Jews in Palestinian schools?
Perhaps our Arab neighbors should study the Qur'an that teaches that the right of the Jews to the Land of Israel is the will of Allah:
“Remember when Moses said to his people: ‘O my people, call in remembrance the favor of God unto you, when he produced prophets among you, made you kings, and gave to you what He had not given to any other among the nations.  O my people, enter the Holy Land which God has assigned unto you, and then turn not back ignominiously, for then will ye be overthrown, to your own ruin.’” (Qur'an, Sura 5:22-23)
See our Aesthetic Peace Plan for the Middle East at http://aestheticpeace.blogspot.com
Posted by Mel Alexenberg at 5:41 PM