JeruSalem Is SeeingPeace
(Guest blogger for Naso/Yom Yerushalayim is our creative granddaughter Shirel Alexenberg who was born on Jerusalem Day 17 years ago.  She celebrated the liberation of Jerusalem photographing the Old City.  Shirel שיראל is written with the same Hebrew letters as Israel ישראל.  She is entering her final year of high school at Ulpanat Baharan.)
May God bless you and safeguard you.  May God make His countenance enlighten you and grant you grace.  May God lift His countenance to you and grant you peace. (Numbers 6:24-26) יברכך יהוה וישמרך יאר יהוה פניו אליך ויחנך ישא יהוה פניו אליך ושם לך שלום 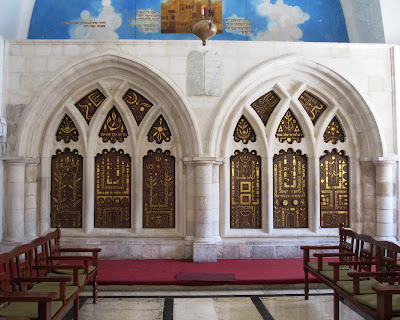 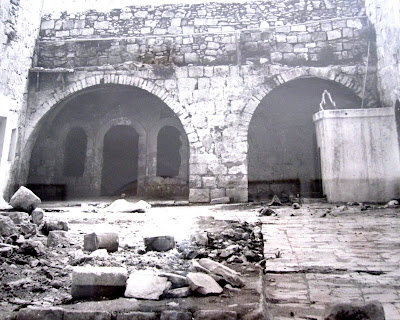 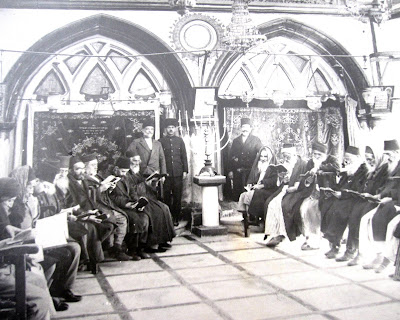 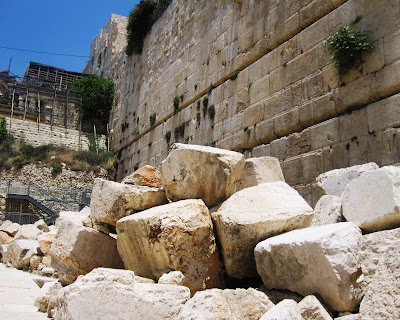 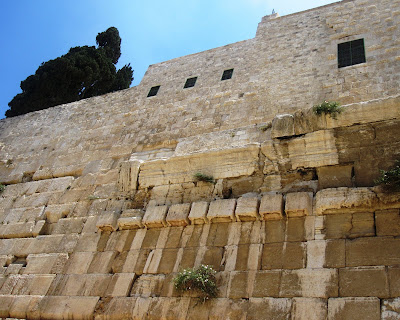 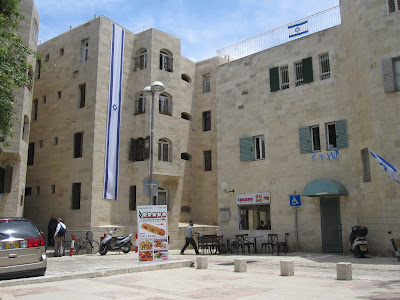 Rav Kook writes: "An imperviousness to God’s intervention in history plagues our generation.  A series of wondrous events is taking place before us. Yet blind eyes fail to see the hand of God and deaf ears fail to hear the Divine call guiding history."

Liberate people who are blind though they have eyes and deaf thought they have ears.  Isaiah 43:8

Naso's section about the Tabernacle's dedication is read on Hanukah to celebrate the 165 BCE liberation of Jerusalem from foreign occupation.
Shirel photographed the 17th century Raban Yohanan Ben Zakai Synagogue rebuilt after having been demolished by the Arabs in 1948.
It stands on the site of the Beit Midrash of Yohanan ben Zakai who established the Sanhedrin after the destruction of the Second Temple.
When Jerusalem fell to the Romans, he reestablished his Beit Midrash in Yavne where a plan for survival for the next 2 millennia was created.
On the southwestern corner of the Temple Mount are huge stones from a massive arch wrecked by the Roman legions 1,941 years ago.
Today, Israeli flags adorn walls of the rebuilt Jewish Quarter of the Old City to celebrate the 44th anniversary of restored Jewish sovereignty.
Only the Jews have made Jerusalem its sovereign capital since King David moved it from Hebron three millennia ago.
From 70 to 1967, Jerusalem was ruled by foreign powers: Romans, Byzantines, Persians, Arab Caliphates, Crusaders, Mamluks, Ottomans, British and Jordanians.
In 1967, Israel restored its sovereignty over all of Jerusalem after liberating it in a war waged by the Arabs to annihilate Israel.
And Meir Yehuda Getz, late Rabbi of the Western Wall, restored the Yohanan Ben Zakai Synagogue and Beit El Yeshivat Hamekubalim that he headed.
Shirel's father Ron has studied for many years at this yeshiva with its current head Rabbi Yisrael Avihai from Yeroham where Shirel lives.
May God lift His countenance to you and grant you peace. JeruSalem means SeeingPeace.
Posted by Mel Alexenberg at 11:15 AM