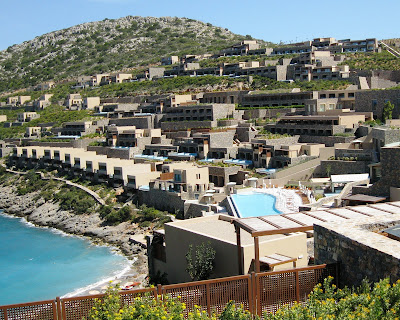 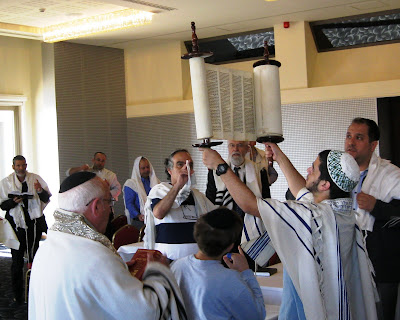 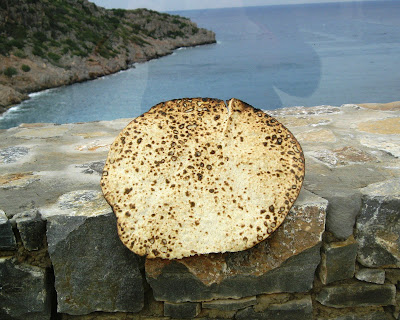 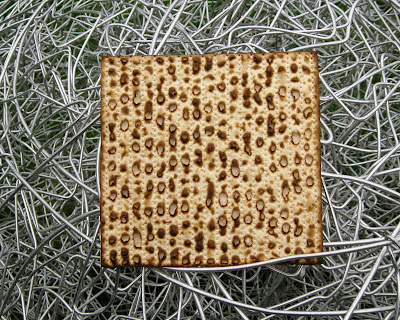 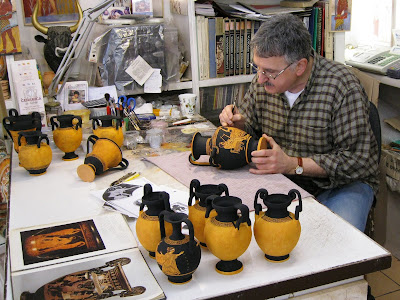 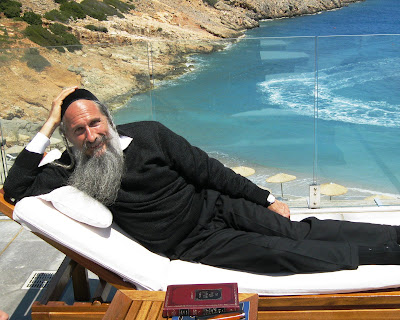 We celebrated the Season of Our Freedom participating in reestablishing a Jewish community in Crete where Jews lived for 2 millennia.
In 1944, the Nazis herded the Jews of this Greek island into a ship that was torpedoed. All 300 Cretan Jews drowned en route to Auschwitz.
For Pesach 2011/5771, 300 Jews flew into Crete from 3 continents to create a Jewish community in a holiday village overlooking Daios Cove.
The entire village was rendered kosher for Passover.  Circular hand-made matzot and rectangular machine-made matzot were served at meals.
Circular matzot symbolize idolatry.  Since words in the torah are written without vowels, calf (EGeL) can also be read as circle (EGuL).
The idolatrous transgression of the Israelites was their worship of Ra, the sun God represented in Egyptian art as a golden circle.
In a town north of Daios Cove, we watched an artist painting reproductions of Greek pagan images on urns.
Hanukah, our other holiday of freedom, celebrates victory against forced imposition of Greek gods on the Jews in the Land of Israel.
Rectangular matzot symbolize slavery.  The Egyptians enslaved the Israelites in the malben, meaning both brickyard and rectangle.
Mitzrayim, the biblical name of Egypt, means narrowness.  The exodus into the wide expanses of the Sinai desert expanded consciousness.
The Daios Cove Jewish community recited Psalm 118 every day: From narrow straits I called out to God. God answered me with expansiveness.
As we break matzot to eat them, we break out of the box and circle, both closed forms, breaking away from narrowness of thought.
Jewish consciousness is shaped by spiral forms, from torah scroll to DNA to tzitzit fringes to ram's horn shofar to spiral hallah bread.
Jews are called Am HaSePheR (People of the Torah Scroll).  The SPR root found its way into the words SPiRal, SPiRitual and inSPiRation.
Some Jews grow spiral ear locks.  Hasidic singer Mordechai Ben David reclines in creative freedom as his peyot blow in the Cretan wind.
Posted by Mel Alexenberg at 4:11 PM