Power-Ranger/Spiderman/Batman Defeat Haman/Hitler/Hamas
He shall remove his garments  and don other garments.(Leviticus 6: 4)
ופשט את בגדיו ולבש בגדים אחרים
Remember what Amalek did to you on your way out of Egypt.  How, undeterred by fear of God, he surprised you on the way, when you were famished and weary, and cut down all the stragglers in your rear.  Therefore, when the Lord your God grants you safety from all your enemies around you, in the Land that the Lord your God is giving you as an inheritance, you shall blot out the memory of Amalek from under heaven.  Do not forget! (Deuteronomy 25:17-19) 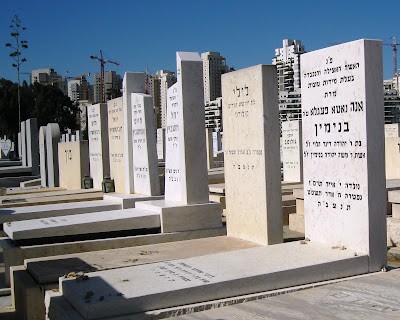 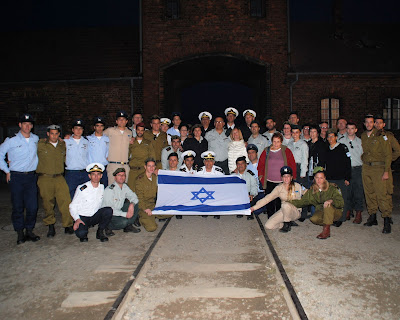 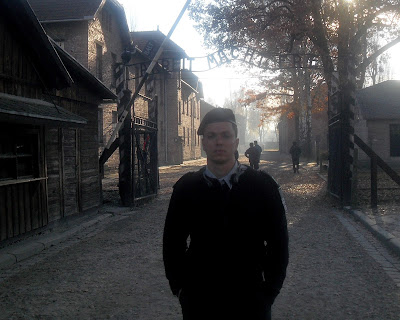 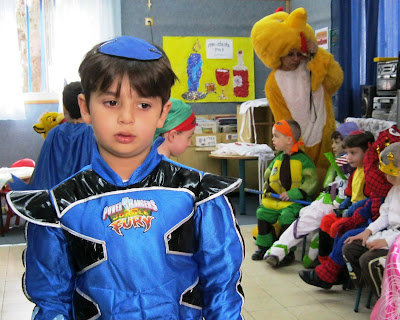 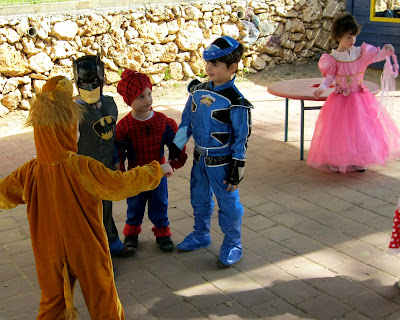 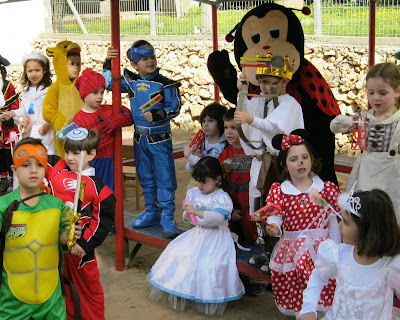 On the Shabbat before the holiday of Purim, we are charged not to forget Amalek's merciless murder of Jews solely because they are Jews.

We photographed Jewish children celebrating life in Purim costumes in our Power-Ranger great-grandson Eliad's kindergarten in Israel.
In the Scroll of Esther read on Purim, the incarnation of Amalek is Haman who plots to murder all Jews in the Persian kingdom.
This week, we could not forget!  We were witness to modern day Amaleks' aims to annihilate the Jewish people that will also fail.
We went to the cemetery in Petah Tikva to remember Miriam's mother Anna Benjamin on the 2nd anniversary of her passing at 102.
There are no tombstones to mark her parents' graves.  They were torn from their home in Holland to be viciously murdered in Auschwitz

IDF officer Moshe Peretz, father of Anna’s great-great-grandson Eliad, said kaddish for her parents on a IDF mission to Auschwitz.


This week, our son Moshe Yehuda went the funeral of the Fogel family butchered in their beds by bloodthirsty Arabs.
The Arab street celebrates these murders as Hamas fires deadly missiles into Israel and Ahmadinejad calls “to wipe Israel off the map.”


The Purim story ends in Iran with Haman hanging from the gallows he constructed to hang the Jew Mordecai.
Power-ranger Eliad aided by Spiderman and Batman will thwart the evil plots of Hamas, Hezbollah and the Persian ayatollahs.

For the Jews there was light, gladness, joy, and honor. (Esther 8:16