From Hellenistic to Hebraic Consciousness
Then Pharoh said to Joseph, "See! I have placed you in charge of all the land of Egypt."  And Pharoh removed his ring from his hand and put it on Joseph's hand. (Genesis 41:41, 42)
ויאמר פרעה אל יוסף ראה נתתי אתך על כל ארץ מצרים ויסר פרעה את טבעתו מעל ידו ויתן אתה על יד יוסף 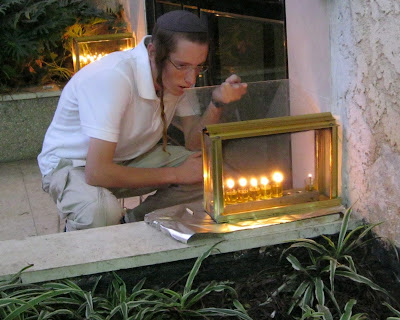 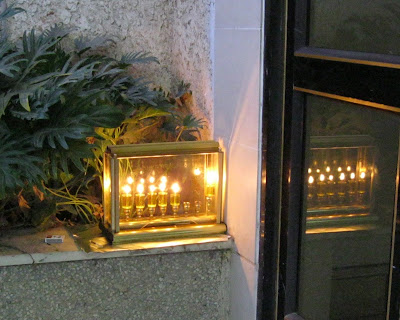 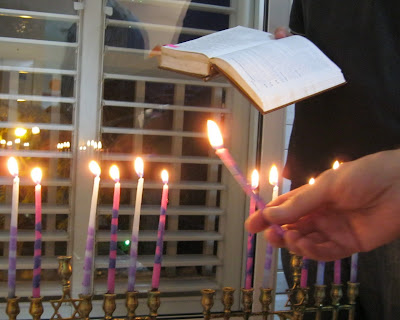 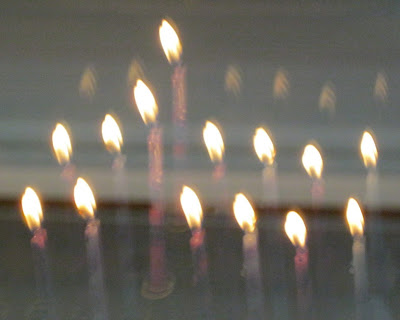 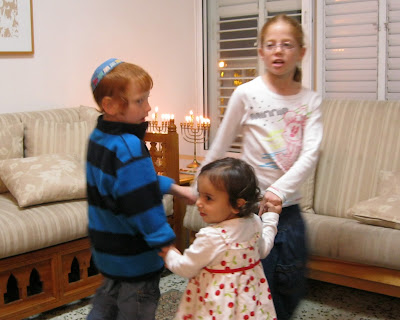 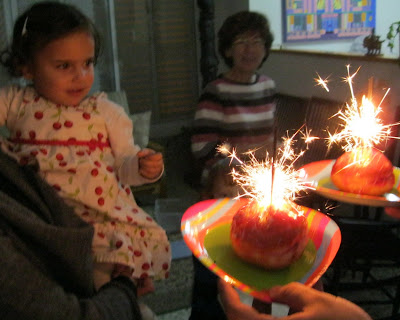 In creating a weekly blog post, we often begin with a concept and then make the photographs.
This week, the concept was derived from photographs of our family lighting both Hanukah and birthday candles.
Two other events in our lives this week related to Miketz and Hanukah contributed to this posting.
1) Rejoicing that Mel completd his new book The Future of Art in a Postdigital Art: From Hellenistic to Hebraic Consciousness.
2) Rejoicing this Hanukah that the Greeks saved the Jews by sending fire-fighting planes and firefighters.
The photographs show our grandson Yahel lighting olive oil wicks of a hanukiah in which light from outside is reflected inside.
Mel and our son Moshe lighting Hanukah candles in which light from inside is reflected outside.
Our grandchildren Taggel, Razel and Elianne dancing to the singing of Hanukah songs.
Elianne looking in awe at the candles and sparklers in two pink sufganiot in celebration of her second birthday.
While retaining his Jewish consciousness, Joseph succeeded in the major culture of his day only to have his descendants enslaved to it.
In the Hanukah story:  Jews so enamored by Hellenistic culture that they would assimilate into it at war with those who chose to retain Jewish values.
In the networked world of our postdigital age: We are witnessing a shift from the Hellenistic static beauty of external form to a Hebraic dynamic inner beauty like flickering lights.
Posted by Mel Alexenberg at 9:13 AM